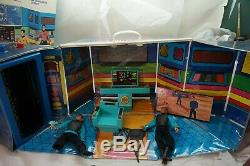 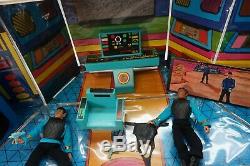 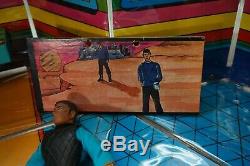 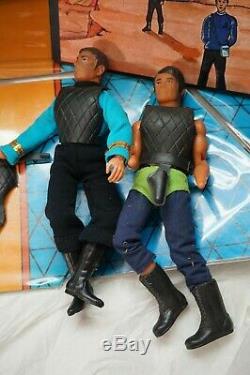 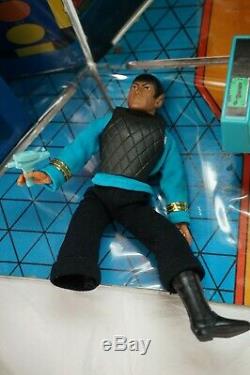 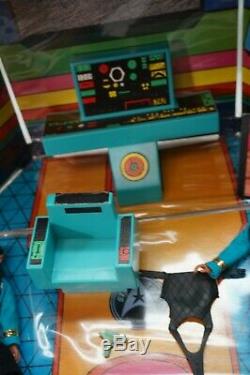 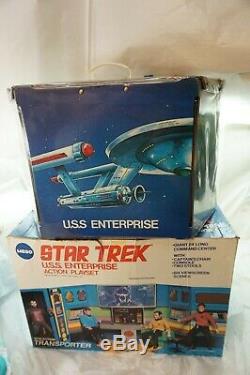 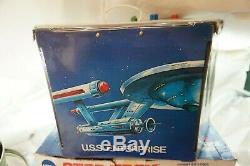 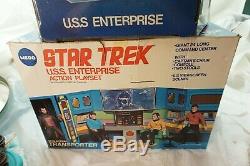 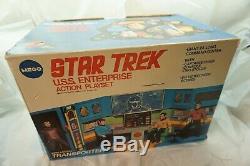 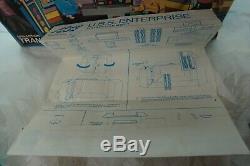 A vintage Star Trek USS Enterprise Action Playset by Mego, ca 1974. The playset opens up to become the 24 long command center. It has a spin action transporter, captain's chair and console.

One of the viewscreen cards is present as are a few other accessories as shown. Comes with original box and instruction sheet. If it's not shown it's not included. Spock is missing part of a limb as shown.

The other 2 figures aren't Mego. The command center has normal wear and no tears, odors, etc. Original box has wear and tear as shown. See our other Star Trek items HERE. The item "VINTAGE MEGO STAR TREK USS ENTERPRISE ACTION PLAYSET WITH ORIGINAL BOX 1974 d" is in sale since Sunday, October 20, 2019. This item is in the category "Toys & Hobbies\Action Figures\TV, Movie & Video Games". The seller is "e-earlybird" and is located in Bedford, Ohio.