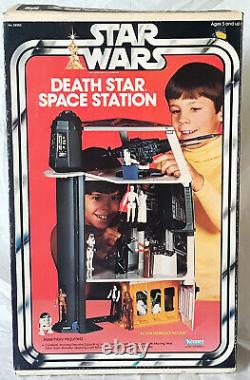 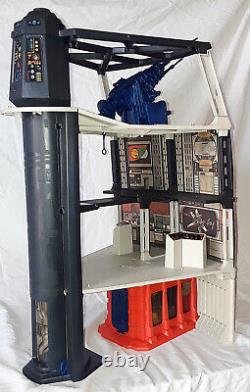 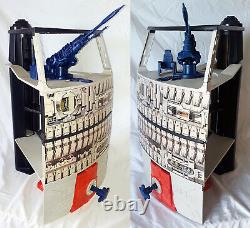 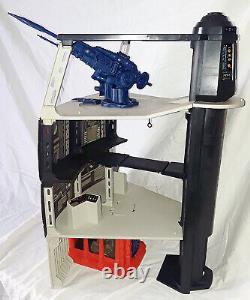 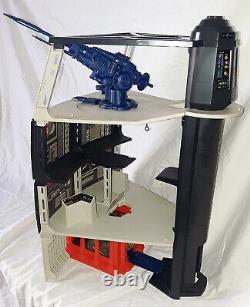 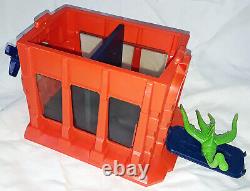 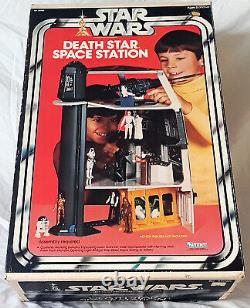 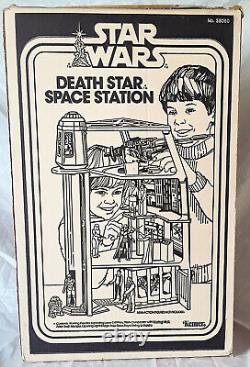 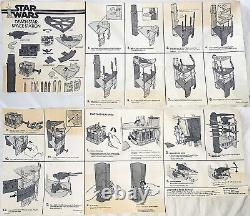 Add STAR WARS Mini-Action Figures as shown. There are two entrances to the Trash Compactor -- one in the end and a Trap Door in the First Floor.

Your Trash Compactor is designed to come apart rather than break. If it comes apart, simply line up the slots and press in.

You can make Luke Skywalker swing Princess Leia over the retracting drawbridge. Stand Mini-Action Figures on the pegs throughout DEATH STAR. Open by turning transparent door. Turn latch to lock Elevator into place.