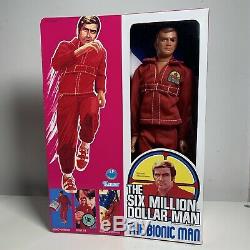 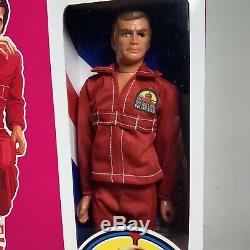 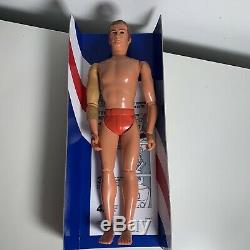 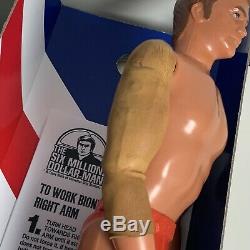 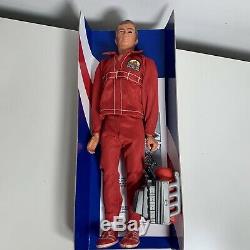 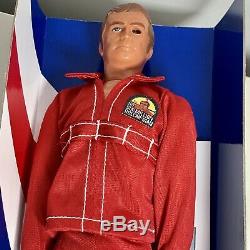 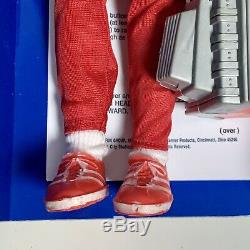 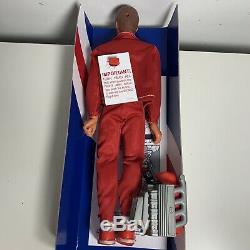 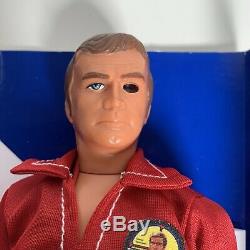 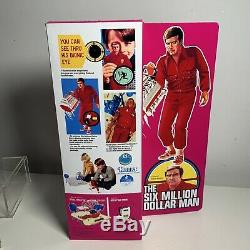 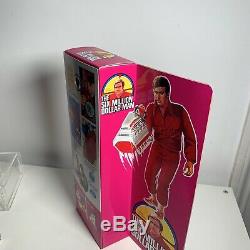 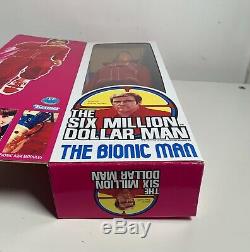 This figure feels like brand new, no play wear! Steve comes dressed in a new stunning red replacement tracksuit and white sports socks and also has his original red sneakers and accessory engine block he uses to show off his bionic strength! Steves right arm is bionic, he has his two original bionic circuit chips, one in the bicep and one in the forearm... And to keep that all hidden its coated with a latex skin.

The latex arm skin is the 1970s original, I havent attempted to roll it up , after 40 years or more Im sure itll perish if this is attempted. Under the arm skin is two original bionic chip panels, you can clearly see their outlines. His right arm bionic function works perfectly. I dont think this figure was ever played with back in the day... His joints are very tight and the paintwork immaculate, if anything hes only been used for display.

Attach the Engine to Steves right hand, turn his head to the right and push pump the red lever on his back... Steve lifts the Engine into the air. He also has a left bionic eye.. Steve comes 100% complete with a copy of instructions.

The window box is a pro made sturdy reproduction and looks stunning displayed. The item "The Six Million Dollar Man Vintage 13 action figure 1975 New Box Bionic Kenner" is in sale since Tuesday, August 11, 2020. This item is in the category "Toys & Games\Action Figures\TV, Movies & Video Games". The seller is "timemachinecollectables" and is located in Manchester. This item can be shipped to all countries in Europe, United States, Canada, Australia.