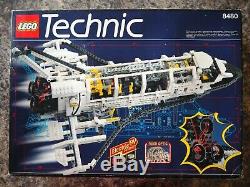 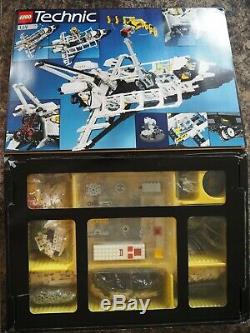 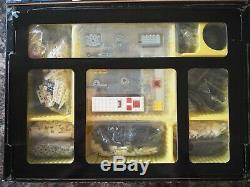 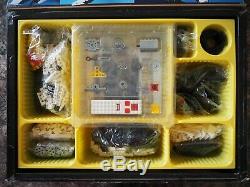 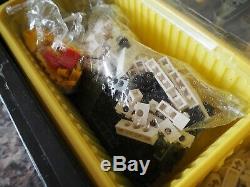 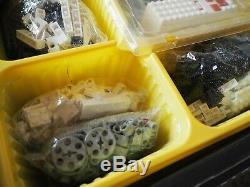 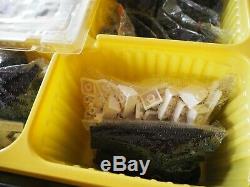 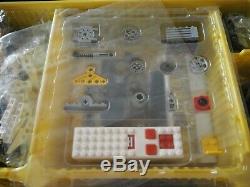 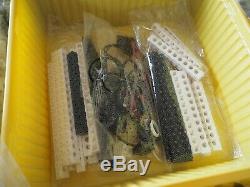 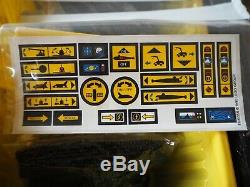 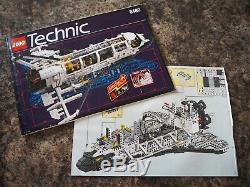 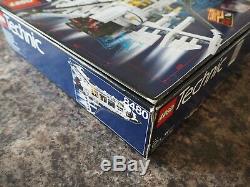 LEGO 8480 NASA SPACE SHUTTLE - 100% COMPLETE, CLEAN AND NO DISCOLOURATION. 100% complete - including the'extra parts' and those needed for the second model. Spotlessly clean - No dust or dirt, the bricks are like new.

No discolouration at all on any of the pieces, very common on white and yellow pieces of this age. Both motors have been fully tested and both work perfectly as have all the fibre optics. Battery box is spotless and hasn't suffered with any battery leakage over the years. Box in very good condition and with original'cover', expected'shelfware' for age.

Even the plastic'peel' cover is still present from the smaller clear parts tray. Instructions are complete and in good condition. Original stickers still present and have never been used, these alone can be expensive and hard to find.

I don't think this set was ever fully assembled, it was started but never finished. The parts are even still in their original (opened) Lego bags.

This set is like new. Besides being the first (and only) space themed model from the Technic line, this model just has everything.

It was only the second motorized model other than a Universal Set, and as a single model it was able to focus more fully on optimizing the motorized experience. While 8880 introduced the first synchronized transmission, the space shuttle used the same parts to create a function switching transmission which allows the single 9V motor to drive 4 separate functions. If that weren't enough, there's also an independent micro motor on another circuit. Finally, there are also a pair of fully mechanical functions, landing gear and ailerons.

The engine function is simulated with the new fiber optic system. The 8 fiber optic cables are routed through the main engines and light sequentially when the function is powered. Most of the motorized functions are centered around the payload bay which can open the bay doors, deploy and rotate the Remote Manipulator Arm, and then open the solar arrays on a super secret satellite. Although these functions are certainly not driven by a 9V motor on the real orbiter, the motion and concept behind each is quite accurate and represents a typical shuttle mission.

This is the only Technic set to have minifigure seats and although it does not come with any minifigs, adding some Classic Space figs is a must. The model is too small to be truly minifig scale, but they look pretty good in there anyway. There are many stylistic details including a compound curved nose (the most elegant part of the model), 3 canted main engines, and pair of boosters. The ribs of the delta wings are represented with Technic beams.

The generally open Technic appearance mimics what you might see during a major overhaul with the skin removed. The vertical tail is strong enough to provide support when the shuttle is placed in a vertical launch position as can be seen in the extra photos. I've always thought it would be excellent to build the external fuel tank and the Solid Rocket Boosters for a fully realized launch display, but then I'd have no choice but to build the mobile launch platform as well. Because this model uses the ungeared 9V motor which rotates at a very high speed (4100 rpm), most of the functions are geared down 1000:1 or more which, in combination with the gearbox, makes for a fantastically complex model. All this complexity comes at a price.

At 1350+ parts it was one of the biggest sets made so far and all the gears and wiring made for a challenging build. The item "LEGO 8480 NASA SPACE SHUTTLE Perfect condition" is in sale since Monday, September 9, 2019. This item is in the category "Toys & Games\Construction & Building Toys\LEGO Building Toys\LEGO Complete Sets & Packs".